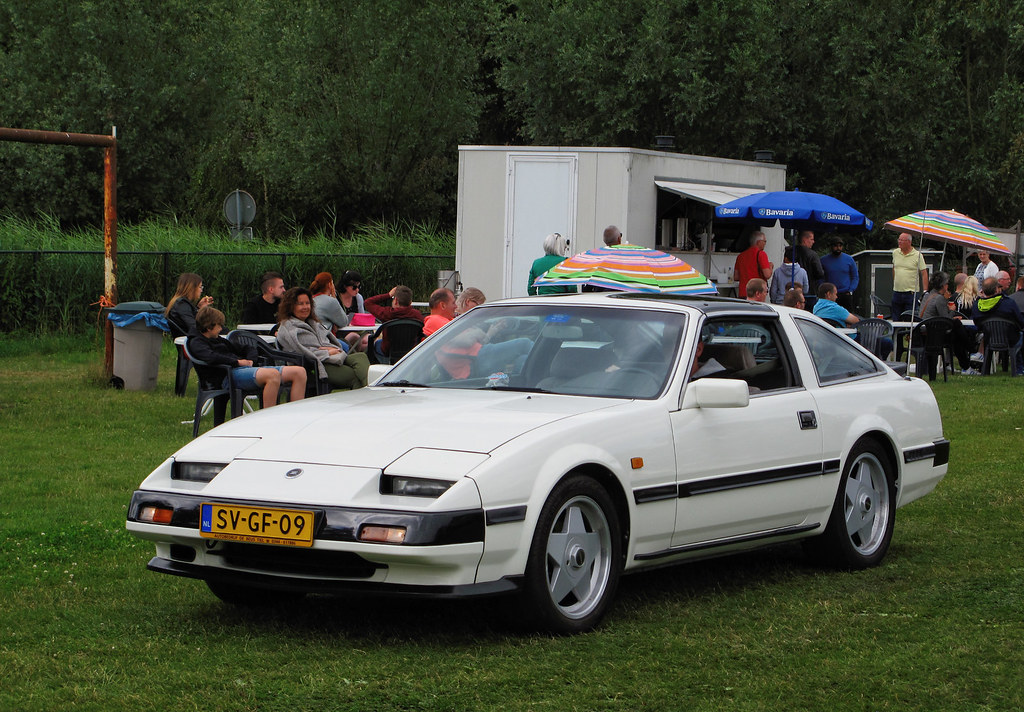 This 1986 Nissan 300ZX Turbo is an example of advanced engineering that still makes people take notice nearly 30 years later. How does it relate to mighty Godzilla-latest Nissan GT-R? The 300ZX pushed the boundaries of possibility in sports car at a time when emissions controls and safety regulations were stifling performance fun. Not unlike the GT-R of modern day. Let go over the specs. 1986 Nissan 300ZX Turbo features 3. 0-Liter V6 with T3 Garrett turbocharger that pushes up to 6. 7 psi of boost to make 200 horsepower 5 200 rpm and 227 lb-ft of torque 3 600. This does not sound like a lot of power by today's standards, but this was not far off the 230 horsepower mark of the 1986 Corvette V8. Also, 300ZX weighs in at about 3 050 lbs, so it does not have too much weight to move around. The performance of the turbocharger is more linear and predictable than you might expect. It does not have anything then everything power delivery. Turbo power comes in more linear fashion above 2 500 rpm. However, engine does not rev super quickly. All digital dashes do a good job of letting you know the current rpm and speed, but it takes a little while to get used to. Performance figures stand at 7. 1 second for 0-60 MPH sprint, and limited top-end of 137 MPH. The 300ZX Turbo has four-wheel disc brakes and 5-speed manual transmission. Clutch effort is about right. The gear shifter throws a little long for a sports car, but it has a good feel and engagement. There were 62 114 300ZX cars sold in 1986, but this number includes naturally aspirated cars. This is a big number, but it is rare to see a 300ZX Turbo of this vintage running around. Speaking of pushing boundaries. This car has a steering wheel mount radio and cruise control button. It has automatic climate control, acceleration g-meter, power seats, windows, and mirrors. It also has leather seats, and the car talks to you to remind you about leaving your headlight on. This is more of a high-tech luxury touring car as it tries to compete with the best from Asia, Europe, and America. This exact car retailed for close to 26 000 in 1986. This was near Chevy Corvette prices. However, it was money well spent as all the features on this car still work as if it was new. This car has nearly every feature of modern touring and sports cars, and it offers higher level performance of turbocharged engine. It does have the spirit of mighty GT-R. Watch this fun contrast and compare first drive review of the 1970 240Z and 2015 Nissan 370Z Nizmo.

Z To Meet All Your Needs. Z To Meet All Your Needs. 1986 300zx was a strange year for Z31. This is the only year that offers wide fenders and old style lights. Note: only in USDM was this available. In the JDM market, 86 models keep smaller wheel arches like 84-85 models. Unsuspection Fast 80's Sportscar It's 1986 Nissan 300zx With 3. 0L SOHC V6 With T3 oil cool turbocharger. It's currently bone stock, but hopefully not for long. It's in kinda rough shape, but I'm working on that part! In the near future, I hope to add a tokico suspension set up, hallman manual boost controller, new deck and two 10 sub's.