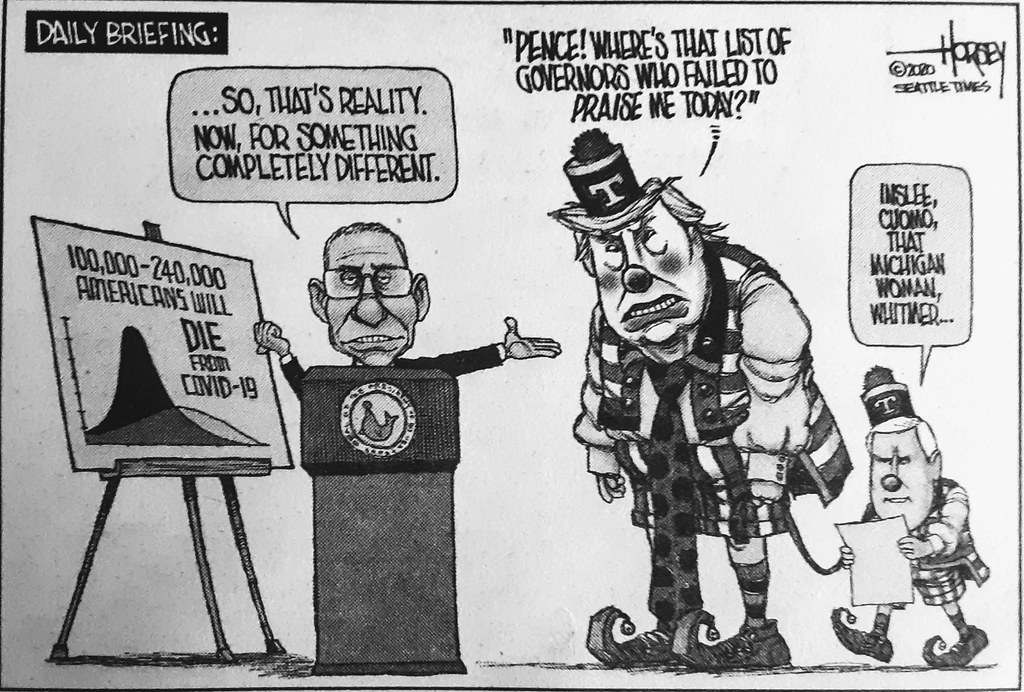 President Trump, who has for months been at loggerheads with public health experts on how best to contain the coronavirus pandemic, on Monday called Dr. Anthony Fauci disaster and complained that Americans are tired of hearing from these idiots, according to media reports of a call between Trump and campaign staff. People are tired of hearing Fauci and these idiots, all these idiots who get it wrong, Trump said on a call meant to discuss Election Day strategy, according to the New York Times. He's been here for 500 years, Trump reportedly said of Fauci. Every time he goes on television, there's always a bomb, but there's bigger bomb if you fire him. This guy's disaster. This is not the first time Trump has made apparent his distaste for Fauci, leading Infectious disease expert on the White House coronavirus task force, and the doctor's handling of the pandemic. In April, after Fauci implied in an interview that the Administration's slow response to the pandemic had cost American lives, Trump retweeted a message from supporter that read in part: time to FireFauci. Fauci has also publicly expressed displeasure at Trump's attitude toward the pandemic that has killed nearly 220 000 people in the United States. Discussing the President earlier this month contracting virus, Fauci said on CBS's 60 Minutes program: I was worried that he was going to get sick when I saw him in a completely precarious situation of crowd, NO separation between people, and almost nobody wearing a mask. And then, sure enough, it turned out to be a superspreader event, he said in an interview that aired Sunday, referencing Trump's nomination of Judge Amy Coney Barrett to the Supreme Court Rise Garden event where few people wore masks and from which several attendees have since tested positive for coronavirus. Trump responded Monday on Twitter, saying Fauci seemed to get MORE airtime than anybody since late, great, Bob Hope. Separately, Trump, who has see number of polls that show him trailing Democrat Joe Biden in the Presidential race, tweeted that he was MORE confident than ever of being reelect. Trump's tweet praised Mark Meadows, White House chief of staff who has been under fire for mixed messages about Trump's health when the President was hospitalized earlier this month.