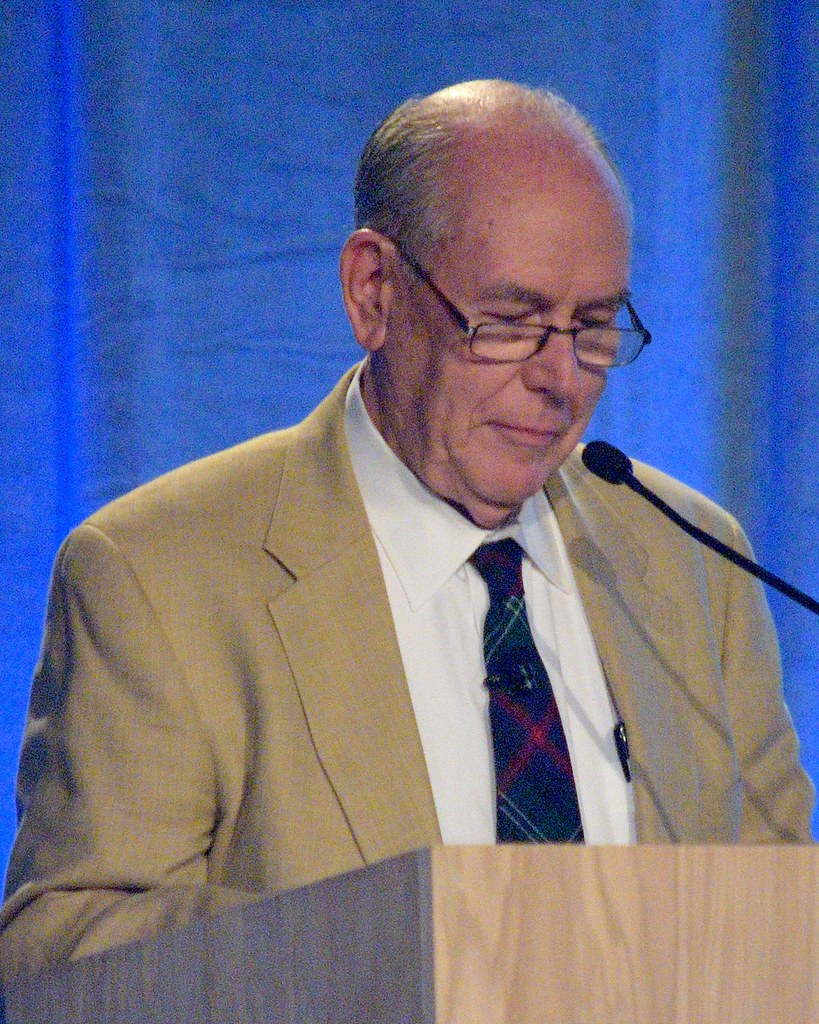 The BBVA Foundation Frontiers of Knowledge Award in Information and Communication Technologies category has gone in this eleventh edition to American Computer engineer Ivan Sutherland, for pioneering move from text-base to Graphical Computer displays, in words of citation. Almost sixty years ago, at a time when computers take up entire room, Sutherland not only invented the first system supporting Graphical interaction with these machines, he also developed the first virtual reality headset, which he nicknamed Sword of Damocles. In a career spanning more than six decades, Sutherland has pair deep knowledge of technology with understanding of human behavior to transform computer interaction, citation continue. Nowadays, everybody using a computer or smartphone benefits from his vision and contributions. Sutherland gave notice of his visionary talent with his doctoral thesis, presented at Massachusetts Institute of Technology in 1963 under supervision of Claude Shannon, father of Information theory. It describes the Sketchpad program, which shows that computer graphics could provide more natural interaction between user and machine, and is generally regarded as the predecessor of Graphical interfaces we know today, from windows System begun by Apple to icons of our smartphone apps. It is in honor of these achievements that the committee describes him as the father of computer graphics. At a time when punch cards were the norm, ideas behind Sketchpad were revolutionary, say Awards committee. Program lay foundations for intuitive and powerful human-Computer interaction through drawing and manipulating shapes and icons rather than through typing commands. The Sketchpad provides a light pen and commands to draw directly on computer display, to zoom in and out, and to transform objects. In conversation yesterday after hearing of the award, Sutherland gave thanks to Wesley Clark, builder of what was then the world's biggest Computer, TX-2, for letting him use it for hours at time to develop Sketchpad. Being able to draw on a computer screen was totally unusual and unexpected, and awaken lot of people to the possibility of using computer graphics, new laureate remark. Ask if he could imagine the kind of applications his work would inspire, Sutherland admitted he had no idea what it would lead to. I did it because it was interesting to do. I was given access to a computer. I want to make drawings on that computer, because I like drawings, and I like to make them neat, and the computer delivers that. I do what I do because each step was interesting and technically possible, and clearly give US access to information in new way that would obviously be useful, even if how it would be used was not clear. First virtual reality headset A few years later, as Professor at Harvard University, Sutherland created the first virtual reality headset with the potential to track user's gaze, committee explains.

In 1968, Sutherland developed the first virtual reality headset to demonstrate the potential of devices that could track users ' gaze. It was nicknamed aThe sword of Damoclesa because of how heavy it was. At time, American explained that he was trying to asurround user with three-dimensional informationa image that amust changed in exactly the way that image of a real object woulda when person looking at it moves his or her head. Sword of Damocles would become antecedent to current virtual reality systems like HoloLens, Rift, and Vive. Again, Sutherland was unable to imagine the implications of his research and when asked today he answer, " You want to know the future, you have to ask people who make it, not people who start it. I have no idea what other people will do. Sutherlandas work has had profound impact both in academia and in the business world. He himself holds more than 60 patents, and some of his disciples have gone on to found such companies such as Pixar, Adobe, Silicon Graphics, and Netscape. I am pleased to have know those people and make some small contribution to their education, he say. The prizewinner only allows himself one certainty about the future, and its that future depends entirely on the curiosity of young people: Young people are wonderful. They do know what they canat do, so they go ahead and do it.

Sutherlands 1968 3D HMD System not only worked, but it also inspired years of VR research and development. If you ask Sutherland, though, virtual reality isnt name he would have used to describe his technology. I didnt give the name virtual reality to this phenomenon, he say. Jaron Lanier named it some years later, maybe 10. And Ive always thought it was a rather strange name, kind of oxymoron. The HMD that we built at Harvard was neither very real nor immersive. You could look at small volume, and you could certainly go around it all, but it was just glowing lines hanging in space. There was no substance to object. Glowing lines hanging in space pave way for technologies like experimental light field cameras, latest of which was brought in to end of panel discussion for group photo.

This is a screen capture of an interactive Oculus base video made using diagrams from Ivans Robot and diagrams of other related Walking machines. Wireframe sim developed on the Unity game engine, it is made in spare wireframe style that mimics the nature of Ivan's early graphics experiments and head mount display. User control Cockroach and can knock into and knock over other robots while touring the landscape. It features hydraulic cylinders from the original machine, first printing of Walking Robot by Ivan E. Sutherland, issue of Scientific American depicting Robot, first Robotics PhD from Marc Donner, several springs, and other odds and ends from the machine. Images of Trojan Cockroach in action, schematics, and 3D printed miniature of foot. Black back and base are both Boston Dynamics terrain simulations for walking machine training experiments. The story of this robot is part of a larger conversation about how to replicate biological skill and agility in machines. What should my brain do? What should nobody do? The Philosophy at CMU was that intelligence should be built into the body, to provide fast stable reflexes and simplify what the brain has to do. Sutherland uses hydraulics to coordinate legs. Marc Raibert put physical springs to generate hopping behavior into robots at his Leg Laboratory, which then lead to quadrupeds Big Dog and Spot at Boston Dynamics. In conjunction with the exhibition, I host several events in partnership with the University archives and Robotics Institute. One event featured a joint lecture with Ivan Sutherland and Marc Raibert, another featured a reunion of many Leg Laboratory members and young students working on legged locomotion. Four total events engage the public in the show in a variety of ways, and attempt to bring together audiences from arts and robotics in an intergenerational context.