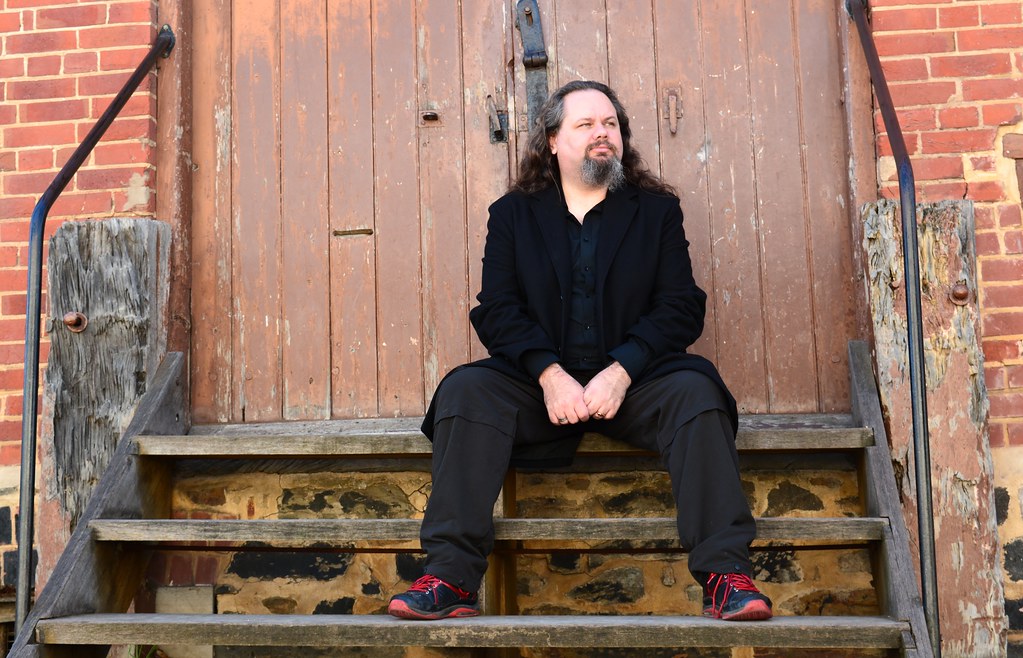 M. Ann Levett has been a professional educator for over 30 years. She has served as Deputy Director and Executive Director of School Development Program. In addition to managing all aspects of SDP, she coordinates SDPs university partnerships and manages its federal grants. Prior to coming to SDP, Dr. Levett served as Chair of Masters in Educational Leadership and Principal Licensure programs at Antioch University McGregor in Yellow Springs, Ohio and in the positions of interim superintendent, Deputy superintendent, assistant superintendent, secondary Principal, assistant Principal, and Special Education teacher. Dr. Levett has served as School Board member for New Haven Public Schools and Board member for two charter schools. In addition, she served as National Review Panelist and Site Visitor for the National Blue Ribbon Schools Program for more than 12 years. Dr. Levett is actively involved in her community, and she has received numerous awards for her work as a school leader and community activist. A few of organizations with which she is or has been affiliated in a leadership capacity include Junior Achievement, Girl Scouts USA, Boy Scouts USA, National Business and Professional Women, Delta Sigma Theta Sorority, Phi Delta Kappa, Zonta International, Education's Leadership Georgia, and Leadership Savannah. Dr. Levett has been speaker for State and National conferences, and she serves as an educational consultant for school districts, community organizations, and other entities. She has created and conducted Leadership Development academies for principals, aspiring administrators, and parents in addition to programs designed to address behavior management issues and Special Education concerns. Dr. Levett's research interests include minority Student Achievement, Leadership Development, and Instructional Leadership. Her most recent publication is chapter, Performance Management: Principal's First Priority in Dynamic Instructional Leadership to Support Student Learning and Development: Field Guide to Comer Schools in Action. Dr. Levett earn BS in Speech and Language Pathology from Armstrong State College. She also earned a Masters degree in Special Education, Masters degree in Public Administration, and an Education Specialist degree in Educational Administration from Georgia Southern University. Dr. Levett earned her doctorate in Educational Administration at the University of Georgia in 1992. In addition to her formal studies, she has participated in Leadership Development programs at Harvard University, Vanderbilt University, University of Delaware, University of California, San Diego, and University of Tennessee at Chattanooga.

Origins Available: England Scotland surname Levett was first found in Suffolk, where they hold family seat as Lords of Manor. William Levett was Lord of Manor of the South Yorkshire village of Hooton Levitt. After the Battle of Hastings in 1066, William, Duke of Normandy, having prevailed over King Harold, granted most of Britain to his many victorious Barons. It was not uncommon to find Baron, or Bishop, with 60 or more Lordships scattered throughout the country. These he gives to his sons, nephews and other junior lines of his family and they become known as under-tenants. They adopt the Norman system of surnames which identifies the under-tenant with his holdings so as to distinguish him from the senior stem of the family. After many rebellious wars between his Barons, Duke William, commissioned a census of all England to determine in 1086, settling once and for all, who hold which land. He called the census Domesday Book, indicating that those holders register would hold land until the end of time. Hence, conjecturally, surname descend from tenant of lands of Leuiet, held by the Norman noble who was recorded in the Domesday Book census of 1086. This web page shows only a small excerpt of our Levett research. Another 108 words covering years 1700 1495 1554 1594 1655 1586 1630 1711 1693 1746 1668 1725 1608 1691 and 1634 are included under the topic Early Levett History in all our PDF extend History products and printed products wherever possible. Spelling variations of this family name include: Levet, Levett, Levitt, Leavett, Leavitt, Livett and many more. Outstanding amongst family at this time were William Levett, an English clergyman; Thomas Levett, high Sheriff of Rutland; Christopher Levett was an English writer, explorer and naval captain; Sir Richard Levett, Sheriff, Alderman and Lord Mayor of London; William Levett, Esq., Courtier to King Charles I of England; Theophilus Levett. Another 66 words are included under the topic Early Levett Notables in all our PDF extend History products and printed products wherever possible.

The Levett family settled in Derbyshire was extinct in early sixteenth century. Family of named residents in Sussex at Warbleton and Salehurst also held manor of Firle until it passed from family control in 1440 due to debts of Thomas Levett, whose bankruptcy also necessitated the loss of Catsfield, East Sussex. Sussex deeds indicate instances of 'Levetts' attached to place names, indicating possession by individuals and families of that name. In 1620, John Levett, of Sedlescombe, Sussex, was forced by financial hardship to sell his half-interest in Bodiam Castle, inheriting family land and property across Sussex and Kent, including at Ewhurst, Salehurst, Battle, Sussex and Hawkhurst, Kent, to Sir Thomas Dyke, for £1000; this represented the end of these Levetts as prominent landowners. Families of the name Levett would subsequently settle in Gloucestershire, Yorkshire, Worcestershire, Suffolk, Warwickshire, Wiltshire, Kent, Bedfordshire and Staffordshire. By mid twentieth century, only two prominent Levett families remain; that of Milford Hall, Staffordshire and that formerly of Wychnor Hall, Staffordshire. Milford Hall passed in female line to the Haszard family, and Wychnor Park was sold by Levetts to Lt-Col W. E. Harrison in 1913, This later became a country club. The Levett-Scrivener family retain the ruin of Sibton Abbey, which they have made available to historical societies and researchers; Levett-Prinseps were unable to maintain Croxall Hall; it was sold in 1920 and the estate was broken up. By 1871, although the family tradition of common ancestors of Milford Hall and Wychnor Park Levett families was mentioned in the latter pedigree, earliest list ancestors of each family were, respectively, William Levett of Savernake, Wiltshire, page to King Charles I at the time of his death in 1649, and Theophilus Levett, who die 1746. Even the 1847 edition, produced at a time when Burke's publications were inclusive of vague, unproven 'family traditions', makes no mention of any earlier ancestors or Norman origin in either family's pedigree. Individuals of name of Levett appear in all social strata: John Levett, guard on London to Brighton coach, was convicted of petty theft and transported to Australia in the nineteenth century; English records reveal Levetts embroiled in bastardy cases or relegate to poorhouses. Francis Levett was factor living in Livorno, Italy, travelling back and forth to Constantinople for Levant Company. He subsequently failed at British East Florida as planter; his son Francis Jr. Came to America, where he became the first to grow Sea Island cotton. The notable individual of name was an unschooled Yorkshireman who, having worked as a Parisian waiter, then trained as an apothecary. Robert Levet returns to England, where he treats denizens of London's seedier neighbourhoods. Having married an apparent grifter and prostitute, Levet was taken in by poet Samuel Johnson. While Samuel Johnson adopted one Levet as boarder, he was apologizing to another better-place Levett, who held the mortgage on Johnson's mother's home in Lichfield.

There's no doubt about it, Adelaide loves Christmas pageant, and 2020 will see the Oval Hotel at the heart of the action. One-of-akind experience for sports fans is open for business, and Rider Levett Bucknall is proud to have played a role in bringing imagination to life. Dub Adelaide's most hotly-anticipate travel destination, Oval Hotel on iconic Adelaide Oval, features 128 rooms and new dining experiences including Five Regions Restaurant and bespeak Wine Bar & Kitchen. Https: / lnkd. In / gWu_3H9 what legacy do Investas Barrack Place, 2020 Rider Levett Bucknall Australian Development of Year, offer our industry? The Property Council of Australia recently asked Investa Property Group's national Development director, Shen Chiu, for his insights. When Investa laid out its plans for New commercial Development in Sydneys Barrack Place in 2013, smart building just means good building management, digital twin was a term only used by NASA for space travel and the idea of buildings achieving ratings for health and wellness was pie in the sky. But Investas visionary approach to Development paid off, and the building at 151 Clarence Street was presented with the coveted 2020 Rider Levett Bucknall Australian Development of Year Award last week. RLB director Stephen Mee leads the team providing commercial certainty at Barrack Place by guiding design development, tendering and post contract cost administration. Https: / lnkd. In / gRZuz2R ieawards located at 151 Clarence Street, and strategically located between Martin Place and Sydneys Western Corridor, this-grade commercial Office tower was completed in 2018. Design by Architectus, 23-storey building features a contemporary glass tower atop a masonry podium facade. A fine grain ground-floor network of laneways creates an active thoroughfare between Clarence and Kent streets. Investa Property Group's Barrack Place also took home Best Office Development and Best Sustainable Development-New Buildings. Https: / lnkd. In / gRzbuDX ieawards according to today's release of Q3 2020 RLB Crane Index, there are currently 123 construction cranes working on key projects across New Zealand, marking a relatively small 3. 9 % decline in overall crane numbers in main centres since the outbreak of COVID-19. Rider Levett Bucknall director Chris Haines say, To date, uncertainties surrounding COVID-19 pandemic have not impacted New Zealand's construction industry quite as we had expected back in April, with only a small decline in crane numbers recorded since our last Index. Https: / lnkd.