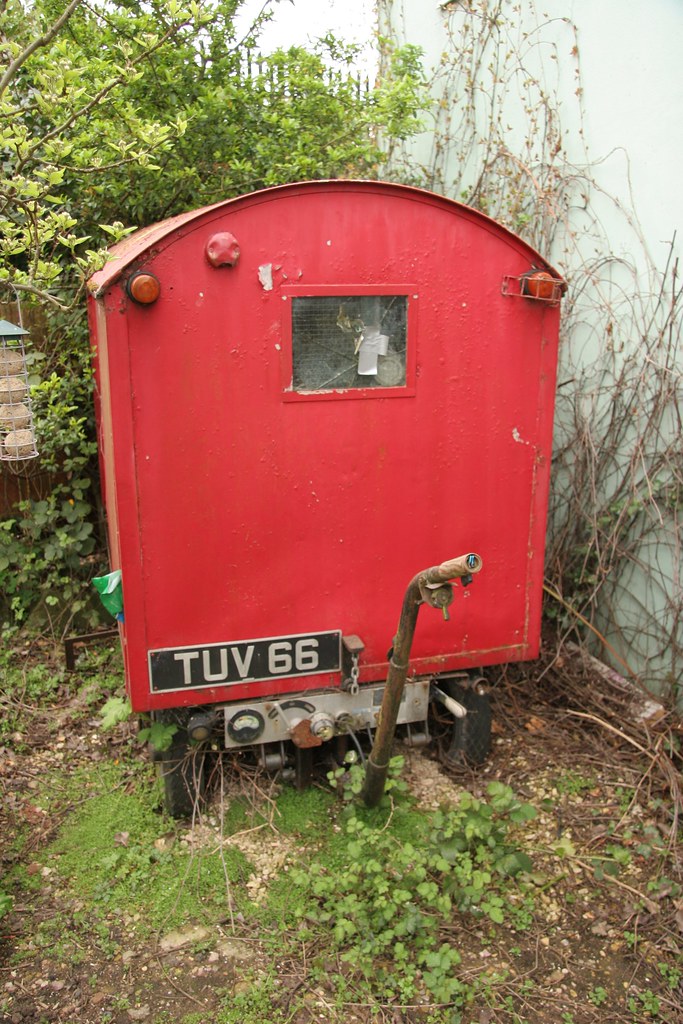 Manulectrics were made by Sidney Holes Electric Vehicles, who were based in Brighton, Sussex. The vehicles were designed out of Holes' own experience of milk delivery in the South Downs area, through the retailing business of Holes and Davigdor Dairies. In 1947, Sidney Holes were selling 3-wheel PCVs, fit with a 1 hp motor and a 24-volt battery. The bodywork was fabricated from steel, and the vehicle could carry 24 milk crates, 16 in the body and 8 on the roof. Those in body were mounted on runners, so that they could slide out to access bottles. It had a range of 10 miles. The 1-ton version of their PCV was given 2-day road test by L J Cotton for Commercial Motor in August 1951. By this time, steel had been replaced by extrusions and sheets of light alloy, to reduce the weight of the vehicle. The battery was mounted in centre of the vehicle, to maintain stability, and a 2 hp electric motor was mounted above the rear axle, powering both rear wheels through helical gears, to provide good traction in icy conditions. The single front wheel was steered by a tiller, and because it was mounted in front of the load compartment, could be turned 90 degrees to leave or right, making the vehicle highly manoeuvrable. No reverse gear was provide, but this was achieved by lifting safety catch and turning the tiller through 180 degrees in relation to the wheel. All controls were mounted on tiller, and the Model test was called Marathon. They offered lightweight alloy refuse-collecting body on their standard 3-wheel PCV chassis in 1952. The chassis had a battery, 2 hp electric motor and a gearbox located near the centre of the rear axle. Smooth starting was obtained by fitting centrifugal clutch and two stage control, using switch and resistance. Transition between stages was controlled by automatic hydraulic dashpot, and helical gearing and differential in the rear axle ensure that the vehicle was very manoeuvrable. The 24-volt battery, manufactured by Kathanode, gives it a range of 10 to 12 miles at full load. The load space was 7 by 4 feet, and the refuse collector could be tipped to either side or to the rear. At the 1953 Dairy Show, Sidney Holes showcased the new Standon Model, developed from their 4-wheel PCV. It includes a platform in front, on which controls are mount, and which provides standing space for roundsman. Vertical steering column and wheel were mounted on centre of the platform, and the automatic controller was activated by a foot-operated switch. The construction was of light alloy, to reduce weight, and the top speed was 8 miles per hour. The vehicle had a range of 15 miles, and was aimed at rounds in densely populated areas, where task would be too strenuous for roundsman with a PCV, but the extra cost of a heavier vehicle could not be justify.