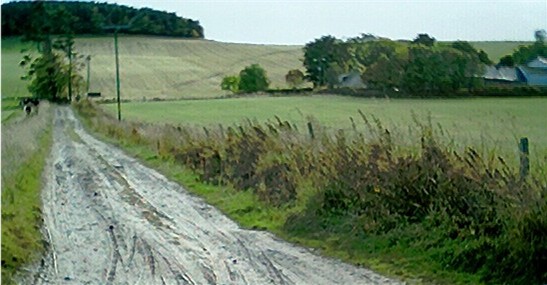 Ellie May Adams, daughter of a prostitute mother and drunken, weak-will father, struggles desperately to retain her respectability amid the squalor of Primrose Hill. One day, while digging for clams on the beach, she meets hash slinger ED Wallace and they fall in love. That night, Ellie May seeks ED out and tells him that her family has thrown her out of the house because of her love for him. When she threatens suicide, ED agrees to marry her. ED is unaware of the unsavory reputation of his wife's family until she takes him home and is confronted by her viperish grandmother, unruly sister, prostitute mother and drunken father. The shock is SO great that ED leaves Ellie May, and when she begs to understanding, he accuses her of lying to him. Dejectedly returning home, Ellie May finds that her father has accidentally shot her mother. After her mother's death, Ellie May is saddled with the burden of supporting her family, and just when it seemed as if she would be forced to tread the same path as her mother, her mother's ex-lover reunites Ellie May with ED, who then takes over responsibility for the family. According to materials contained in file on film in the MPAA / PCA Collection at AMPAS Library, in January 1938, independent producer Walter Wanger corresponded with Joseph I. Breen about producing a film based on a Victoria Lincoln novel starring Joan Bennett. Although the Lincoln novel builds ITS story around the mother, both the play and the RKO film focus on the daughter. Picture were banned in Detroit and engender protest because of ITS prostitute character. To satisfy the Hays Office, mother was made to suffer an unhappy death. Marjorie Rambeau was nominated for an Academy Award in the Actress, Supporting Player category.